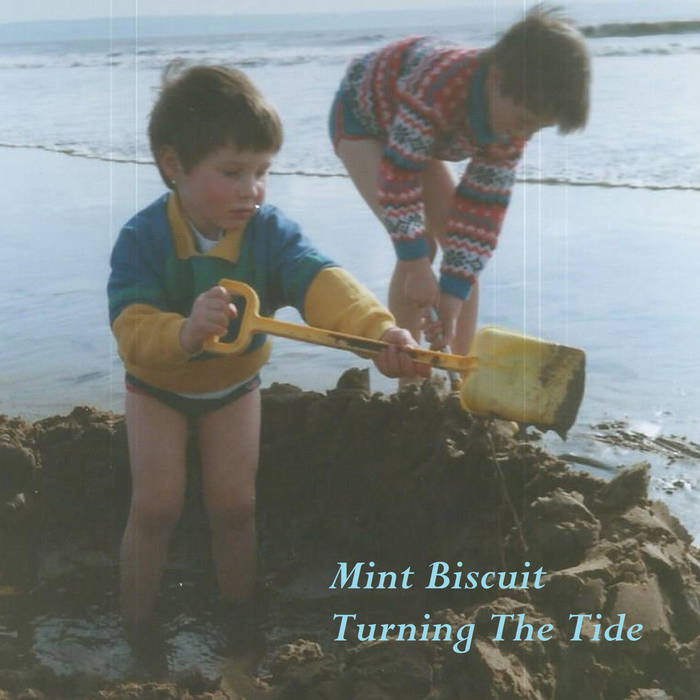 Photo of me (Richard Thomas) and my little brother (Simon Thomas) at Dunraven Bay in South Wales, years and years ago. Building Castles Made Of Sand!

Notice how I left my younger brother to do most of the donkey work, the back cover shows how dedicated he was to his task, even when the incoming tide began to break the castle walls down!

Review of Turning The Tide,
by Hans Werksman of herecomestheflood.com

"Turning The Tide is the last album that Welsh guitarist Richard Thomas will release this year, wrapping up an extremely busy year for his one-man project Mint Biscuit.

Some of the original instrumentals hit hard, with the raucous rocker Force of Rabbit and another take on the distortion fest Mudwanging (previously released on Blues For The Red Cow) as the stand out tracks. Broadcast 26, a last minute addition to the album, is a less-is-more exploration of chord sequences, that proves that practicing a lot pays off in spades".