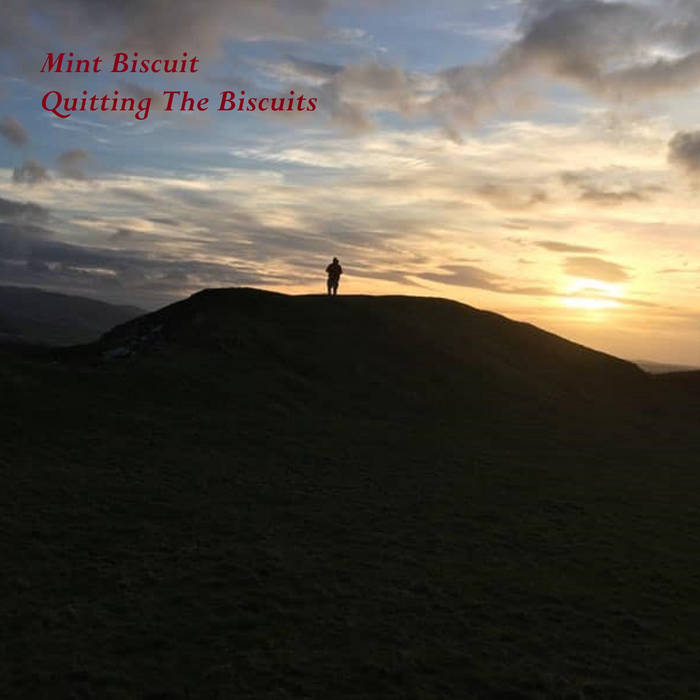 A little EP to purge some final tracks from my archive and out into the world...

To be honest I don't remember much about quitting The Biscuits (Rich T and the Biscuits, that is to say - my first rock and roll band ever!). We played two awesome gigs, and went our separate ways after Pieman's Party. But - what gigs!

At the first gig, we opened by throwing Rich Tea biscuits and chocolate digestives into the crowd to persuade them to come closer to the stage! It worked! Crumbs all over the floor of the Assembly Hall!

At the second, we played extra loud to a raving crowd in a juke joint with sawdust on the floor! Then I got absolutely wasted on white wine and threw up. At least I didn't suffer the same fate as our gregarious bassman who ended up upside down in a portaloo... Poor Pies.

Anyway, shout out to the Biscuits - Pieman, Harry, Loz, Weeksy, Joe Paxton - and whoever came to see us!

Review of Quitting The Biscuits
by Hans Werksman of herecomestheflood.com

"It turns out that Welsh guitarist Richard Thomas was not done after he had released a trilogy of homemade albums by his solo project Mint Biscuit. He went back to his collection of instrumentals and picked five of them that he particularly liked for an EP, Quitting The Biscuits.

After the short Boss Sounds Lady - basically an exploration of the capabilities of effects pedal he just got his hands on - Thomas takes the listener for a walk on Elva Hill in Cumbria, a place best known for an ancient stone circle that has been the source of many tales and speculations. On Elva is a beautiful piece of meandering, pastoral psych rock. Why he has been sitting on this one for so long is a mystery.

North-Easter is a throwback to his days as a member of the indie rock band Mint. With Phase Out, he dares to experiment again, playing a flurry of soft-spoken minor key chords. With the bluesy Slide In Baby - using a theme he also explored with Polaroid Android on his Instrumental Illness album - Thomas brings the EP to a close. Quitting The Biscuits is not just an afterthought or the result of a Spring clearing. It's short for sure, but it can stand on its own".