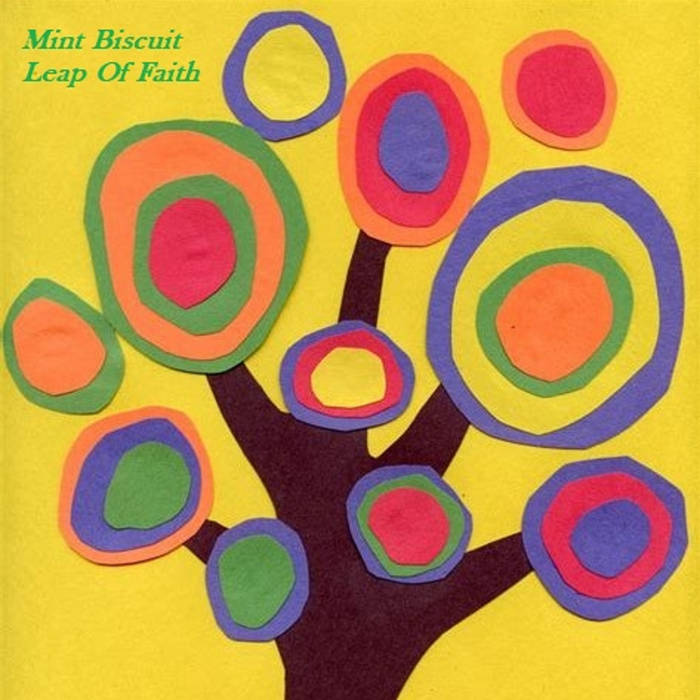 thelocalprotocols21575 Always fresh and inviting to my American tastes. They always impress me with the music they come up with. Favorite track: Leap Of Faith.

Solo album from Mint Biscuit aka Richard Thomas, guitarist and vocalist of the band Mint. Recorded with some lovely guitars on fairly basic digital recording equipment in Richard's front room in Cockermouth.

My "leap of faith" in this instance was to start playing, composing and recording tunes again, after several years out of the game. The "burden" of which I speak in the title track is, of course, the burden of my poor mental health, which I have carried for far too long, ever since the band Mint broke up in 2002 and I ended up quitting my degree course at Durham with a case of depression.

This album is also a response to some nasty things happening in the outside world. If I Was A Lonely Goatherd addresses these directly - the war in Syria, the Trump presidency, Brexit - all making me worry for the World at large. River Carry You is an illustration of how it feels to have paranoia and feel like the whole neighbourhood hates you. Spent Some Time is a love song, but a love and loss song too, which thankfully I have not experienced myself, I was projecting myself into someone else's shoes. Round The Twist is a psychedelic verse about dealing with drug addiction.

All happy stuff, then!


Review of Leap Of Faith
by Hans Werksman of herecomestheflood.com

"Richard Thomas, guitarist and vocalist with the recently revived English band Mint, has collected odds and ends for an album by his solo project Mint Biscuit. Leap Of Faith is an apt title for this charming collection of sketches, instrumentals and demos.

Thomas has a knack for coming up with snazzy melodies, rooted in the folk tradition. Yes, he is out of tune every now and then, but the material is strong enough to be transferred to a full band treatment. For now this homespun album is 101% of a man reconnecting with his guitar and voice. It's rough, but it is also brutally honest".

Review of Leap Of Faith
by Rob from The Local Protocols:

"Just sit back and get lost in your mind while listening to true Indie music.. Richard Thomas and Mint Biscuit Sounds can do that for you. One word, Refreshing".