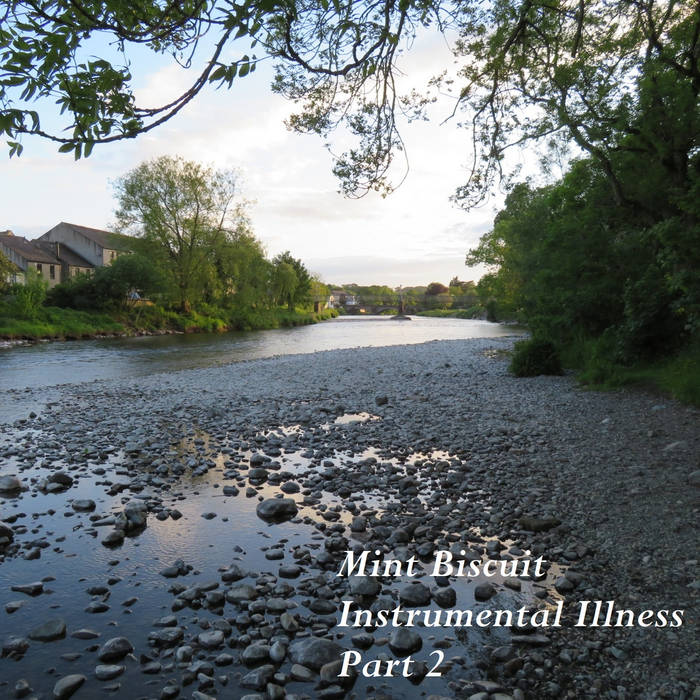 When I was a teenager I used to practice guitar almost every day. I was great at ripping off other people's songs, but not so great at writing my own. When I did eventually channel my energies into my own compositions, as a member of the band Mint, I found it much easier to write as part of a band, a team. And so the album Leaving It Late came to be.

Fast forward twenty years, and most of that time has been spent in mental ill health of one form or another. Depression, Paranoia, Voices, and Anxiety. Initially I even rejected our own album as being not good enough, no-one ever picked it up and played it on mainstream radio, and as the band broke up I wondered what had been the point. I stopped playing guitar completely to spend time passing my degree, sobering up and staying away from temptation.

It took a long time to regain pride in my musical achievements, and feel like playing, composing and recording again. This time I would be on my own, apart from any collaborators, friends, or anyone to tell me whether what I was playing was any good (except my loving wife, who thankfully likes everything I do!). I had to teach myself to play guitar again. When you have anxiety, this is a really hard thing to do. My mental state informed the title of the album, Instrumental Illness.

Following on from last year's Leap Of Faith, this is a double album of instrumental tracks that I have enjoyed composing over the last few years.

Part 1 - acoustic side
Part 2 - electric side


Review of Instrumental Illness
by Hans Werksman of herecomestheflood.com

"Richard Thomas, guitarist and vocalist with the recently revived English band Mint, has collected another set of odds and ends for an album by his solo project Mint Biscuit. Instrumental Illness is a grab bag of short excursions on both acoustic and electric guitar.

It is basically a set of recordings that have not reached the stage of a proper demo... On the upside: it is also a fly-on-the-wall experience, listening to this guy finding his way to some pretty nice hooks he just came up with. These 20 proggy folk instrumentals spiced up with a bit of indie rock will be a bit too much to take in one sitting for most listeners, but let it play out - the sequencing is good".